After two days in Queenstown, I have to admit that it's a pretty cool place. The setting exudes natural beauty-- a mountain range called the Remarkables cradles Lake Wakitipu, and on its shores is this crazy, wild adventure town full of adrenaline junkies and partygoers. The whole place has a kind of fantastic, Seussian aura to it; where in the U.S. would you find an entire town completely dedicated to bungy jumping, parasailing, skydiving, jetboating, hanggliding, canyon swinging, fourwheeling, whitewater rafting, and anything else you can dream up?

Queenstown is not large; only a few streets form the entire downtown, which is entirely made up of souvenir shops, restaurants, and tour/adventure-activity booking agencies. Our hostel, the YHA Queenstown Central, was quite nice and more like a budget hotel than a hostel. Each 4-share room had a TV and ensuite bathroom, and there was a kitchen/lounge on the top floor with a great view of the lake. We met up with Heather at the hostel and set off for dinner at Fergburger, a famous burger place right next to our hostel. Heather then informed us that almost every single adventure activity in Queenstown was fully booked for Tuesday and Wednesday; since we hadn't made a prebooking, our options were very limited. We settled on an ATV tour that promised two hours of racing around on four-wheelers and spectacular 360-degree views of Queenstown and the Remarkables.

After a very filling dinner (best falafel burger I've ever had, hands down, and a bag of chips (=fries) the size of Steve's head), we returned to the YHA and met up with the last person in our 4-share room: Colm, from Ireland, who was traveling through New Zealand after quitting his job in Australia. On the way out of the hostel, we met a few more people-- John and Steve, Americans studying at Bond University. we chatted for a while . . . then I realized that John was wearing a THON sweatshirt (!!!!!). He did indeed go to Penn State, and knew a couple of my friends from home. We talked for a long time about football, frats, Canyon Pizza, and good old Happy Valley. It was so cool to have someone say "oh, so where do you live?" and actually be able to describe the landmarks and streets surrounding my neighborhood.

We ended up at a bar called Minus Five; it was a strange experience, but very cool (literally). The entire bar is made of ice, and is kept at -5 degrees celsius. You're provided with a hooded parka, gloves, and boots before you enter, and you're only allowed to be inside for 30 minutes. The walls are made of ice, the drinks are served in glasses made of ice, and ice sculptures filled the room. Weird, but cool.

The next day dawned early; the tour company picked us up from our hostel at 9:30 and we drove to a farm on the mountainside with four or five other people-- including, completely coincidentally, John and Steve from the previous night. small, small world. After a brief training session with the four-wheelers, two guides took us up over the mountain. For two hours, we ripped over rocky trails, through muddy creek beds, and up the steep slopes of the surrounding mountains, culminating in an amazing view of Queenstown. We emerged dusty but exhilerated by the ride, which ended up being the only actual adventure sport we did in Queenstown.

Lunch was PB&J in the hostel, some great conversation, and in general a relaxing time watching boats paddle lazily around the lake. We walked around downtown Queenstown (there's not much of it) looking for art galleries and souvenir shops and occasionally stopping for coffee until it was time to kook dinner, which was spaghetti (again; we explored the last bit of Queenstown and then (gasp) studied until we fell asleep.

We checked out of the hostel at 10am sharp, and after breakfast made our way to the gondola, which takes you up to a mountain peak above the town on a ski-lift type thing. At the top there are observation decks, a small cafe, a buffet restaurant, and what they call the luge. You sit in a small sled mounted on wheels, and you can steer and brake with a set of handlebars on the front. The luge cars race down a winding track, much like go-karts, and you cna buy as many rides as you want and just go over and over again.

We ate at the mountaintop cafe and rode the luge, and then it was unfortunately time to say goodbye to QUeenstown. We trotted down to Earl Street to pick up the car we had rented, a shiny red 2006 Toyota Corolla hatchback we affectionately dubbed "Carol." With parasailers hanging in the air above us and jetboats roaring through the lake beside us, we set off towards Milford Sound. The drive has been incredibly scenic so far; it's autumn here, so the leaves are changing and everything is absolutely gorgeous. Milford Sound is supposed to be some of the best scenery in New Zealand though, so I'll keep you posted! 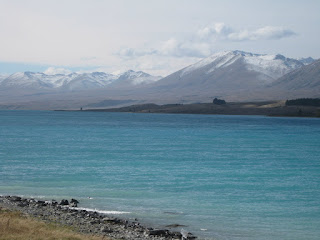 Lake Tekapo, one of the most beautiful stops on the drive from Christchurch to Queenstown 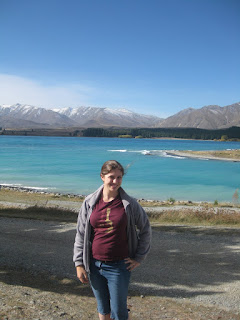 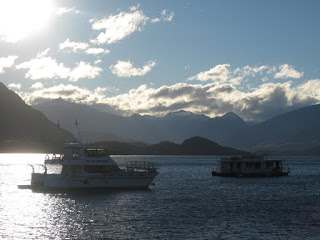 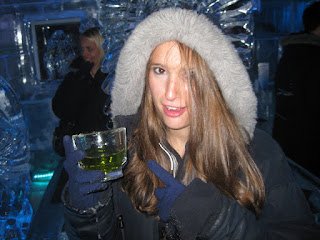 Heather says: my drink is GREEN. and made of ICE. 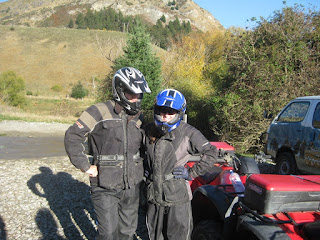 Heather and I are hardcore four-wheeling champs. 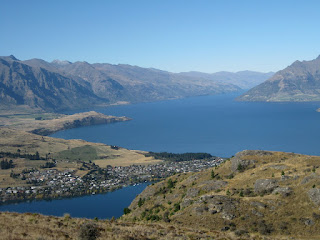 View of Queenstown from the top of the mountain 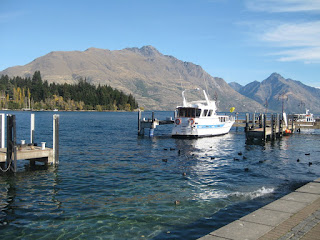 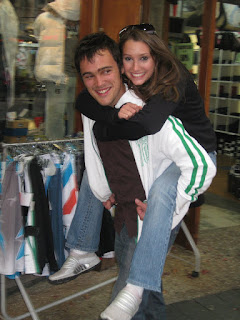 Heather and Steve walking through Queenstown 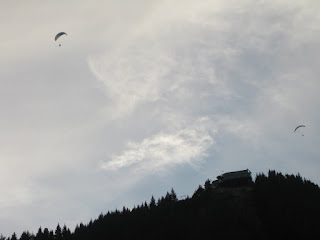 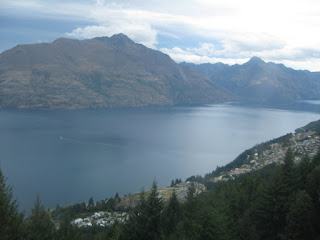 View of Queenstown from the gondola platform 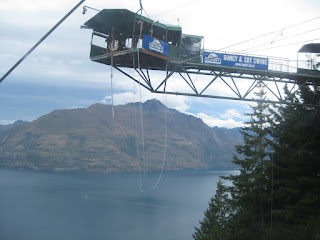 Bungee jumping off the mountainside 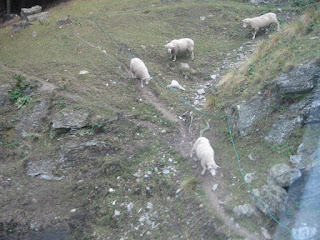 SO MANY SHEEP IN NEW ZEALAND 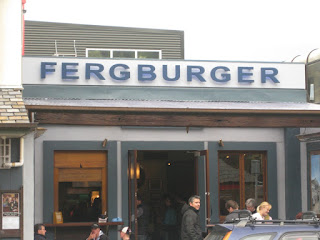 Where we ate. delicious. 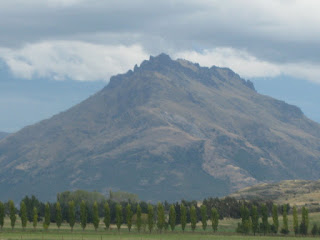 Driving out of Queenstown-- lots of great views!
Posted by Margaret at 1:13 AM

hi nice post....sharing information related to restaurant, i like Queenstown Restaurants most.