Hey all! So it's been a while, but I have been pretty busy since I last wrote in this blog. I can't believe that an entire semester has already gone by! Anyway, just to give a slight update on my travels, I did end up going to Paris for fall break (October 2008), on tour with the Katzenjammers. We sang in a couple of parks and at a church, but otherwise it was mostly just a pleasure trip. I won't bore you with details, but here are a bunch of pictures: 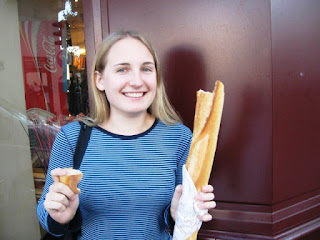 Happy Meredith with her baguette 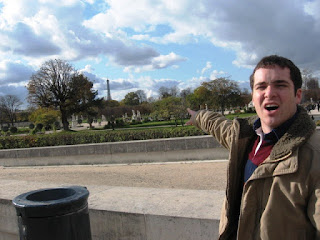 "Chris, make an Eiffel tower face!"
(at the Jardin des Tuileries, where we sang and attracted a huge crowd. unfortunately, we were closely watched by policemen and thus could not put out a hat for coins. sadface.) 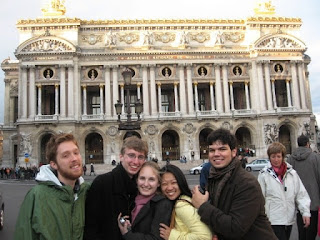 Opera dorks in front of the Opera House 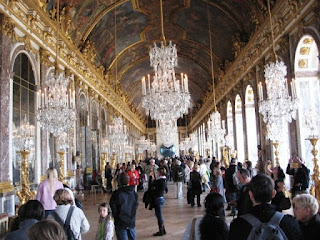 The Hall of Mirrors at Versailles 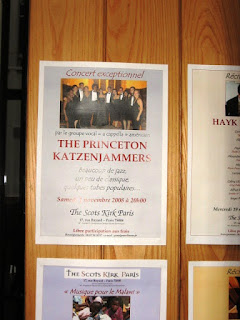 A poster advertising the concert we did at the Scots Kirk, a Scottish church in the city

And of course, La Tour Eiffel!


Hopefully I will post my pictures and journal entries from my recent trip to Buenos Aires over the next few days . . . stay tuned!
Posted by Margaret at 1:08 PM