(mis)adventures in backpacking, part one.

I don't usually blog about non-international travel (hence the woefully long hiatus between posts). I feel that it's a slippery slope from these sorts of posts to interminable exhibitionism and self-aggrandizing shouts into the unsympathetic ether-- that is, the modern online world.  However, sometimes my travels within California seem as foreign as those to other continents.  Sometimes they seem even more so.  This story in particular simply begged to be shared... so I will write of it cautiously, and ask all of you to hold me accountable in the event that I slide into twittering, instagramming, or anything else of the sort.

It all started weeks ago when JM was nagging at me to find a time in my schedule when we could go camping, just the two of us.  We'd done it a lot last summer, after we'd first started dating, and I admitted that I missed the time alone together and away from civilization.  I'd also been looking for an opportunity to try out "legitimate" camping-- away from campsites, water taps, and even the most primitive of toilets.  Many of my friends regularly go backpacking in various gorgeous areas of California; it's so common that I felt ashamed to confess that I'd actually never gotten past car camping, which is typically disparaged as "not real camping."  Determined to rectify this, I headed to REI and got myself a REAL backpack that could hold 60 liters of gear, together with a few other things we deemed necessary.  We pored over the internet to find the perfect spot, watching videos on how to bag your food so the bears can't get it, reading articles about the Leave No Trace principles.  JM, though he'd done one or two backcountry trips, was not very experienced in it either.  That was probably mistake number one.

Mistake number two was my insistence that I could not miss crew practice on Saturday morning.  We had an important race coming up, and I was adamant that we could not leave on Friday (or indeed until 9am on Saturday).  So at 9am on Saturday, JM picked me up from the boathouse, our small rented car stuffed with food and gear.  What I hadn't anticipated was that I'd be bone tired and soaking wet from a tough workout.  I spent the three-hour drive east stripped down trying to dry out-- forget about napping.

At around noon, we reached the Summit Ranger Station at the border of Emigrant Wilderness.  We'd chosen this spot, a 170-mile-patch just north of Yosemite, for its majestic scenery, tolerance of campfires, and for its lack of a quota for campers (we couldn't be bothered to reserve beforehand). Plus, it was free!  The ranger asked us for our tentative plans; we stabbed at a few random areas of the map, which he duly wrote down.  He commented that we were coming at a good time; the mosquitos weren't too bad, it shouldn't be too hot, there shouldn't be too many people.  Excited, we drove the next eight miles or so into the wilderness.

Mistake number three: we passed a gas station just before the ranger station, at which JM had decided NOT to stop.  As we neared the edge of the wilderness, I glanced over at the gas meter-- it was below empty.  Apparently, he'd misjudged the amount of gas the little car would need to climb all those hills.  At this point, we were almost at Crabtree trailhead; I was furious, but there was nothing for it but to go ahead with our plans.  We slathered on sunscreen and bug spray, hitched up our packs, and strolled off into the horizon.

The first few hours were actually quite pleasant, though the hills were steeper and the terrain more broken than I'd expected.  The heat, though intense, was tolerable, and the scenery powerful and majestic.  We made our way past Camp Lake, Lily Pad Lake, and started the descent into Piute Meadow, with only a modicum of wrong turns and short tempers.  As we approached a small stream, we noticed a sharp increase in the number of mosquitoes.  We attributed this to the approaching dusk; however, after my morning row, the six miles we'd already hiked was as much as I could handle.  We figured the bugs would pass, and we started scouting for a campsite somewhere in the meadow.  The mosquitoes got worse and worse as time passed by, seeming to take no notice whatsoever of our 40% DEET (mistake number four was not springing for 100% DEET-- fear? squeamishness?  I don't know).  Eventually, the mosquitoes got so bad that there was nothing for it than to pitch our tent and hide until they went away.

...but they didn't go away.  The incessant high-pitched drone of the bloodthirsty little savages was a constant reminder of what would happen the moment we unzipped our tent.  We napped miserably until full darkness fell-- probably 10pm-- and only then could we venture out.  Even then, a bunch of them were still hanging around; we had to light a campfire to smoke them out.  We cooked some rice pasta and added pesto and sardines, not thinking about the fact that it would make both our mess kits smell and taste like sardines for the rest of the trip.  After cleaning up, we realized Mistake Number Five: only about half of our food fit in the bear canister we'd borrowed from a friend.  I'd wanted to pack it before we headed into the wilderness, but JM convinced me that the canister was so big that there was no way we wouldn't be able to fit everything.  Bears aren't supposed to be a huge problem in Emigrant, but I didn't want to take any chances and insisted that we hang the bag in a tree.  However, the only trees nearby were pines.  With their high density of branches, most of which were close to the trunk (i.e. NOT effective for bear bagging), it took us close to 45 minutes to sling our rope over a high enough branch, haul it up, and tie it properly (we used the PCT method).  Cranky, tired, and dirty, we went to bed, planning to get out of this seemingly cursed meadow as fast as possible and find a better campsite the next day.

(All photos are from the interwebs... I was too busy swatting mosquitoes to take any myself) 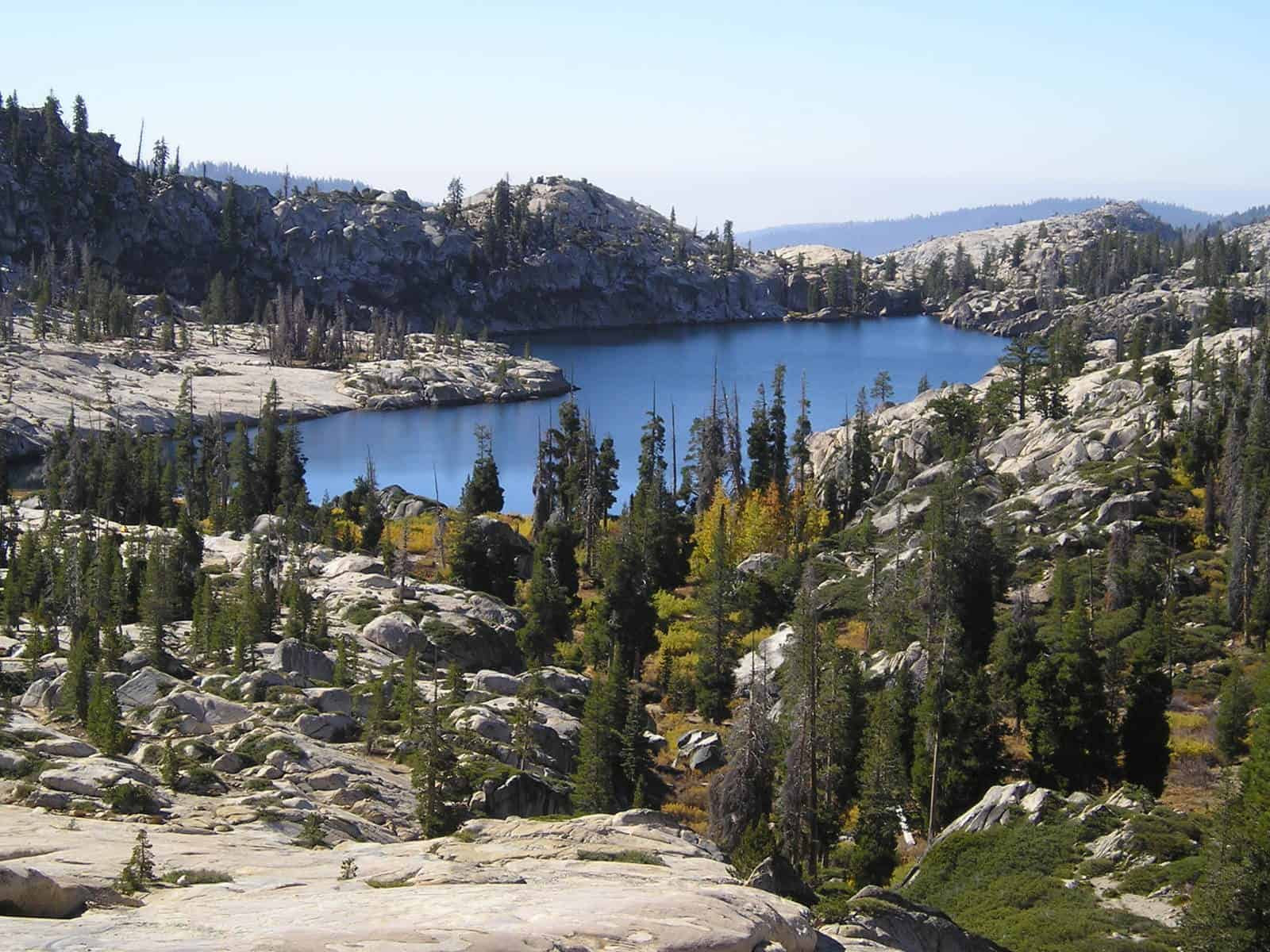 A sample of the majestic scenery of Emigrant Wilderness 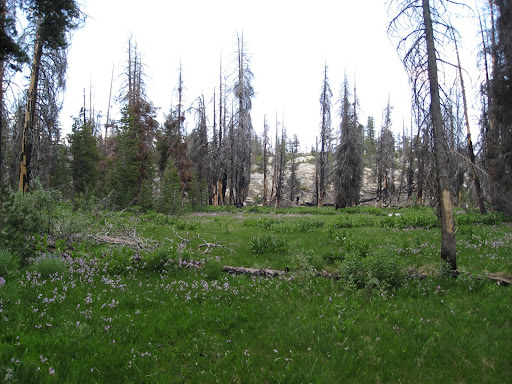