- Hacking through the jungle with a machete may look cool in movies, but in real life it’s hard work and tires you out really quickly. Also way more difficult than you might think.

- How to conjugate three Spanish verbs.

- One can get by without knowing Spanish, simply by using the following phrases: “buenos dias,” “gracias,” “lo siento,” and “esta bien.”

- THEY HAVE AT THE GROCERY STORE. Hello, .

Today we led chapel at the Nate Saint School for about twenty missionary kids. I led worship, which was pretty nerve-wracking since I had no idea what I’d be playing until about five minutes before chapel; we also had a lesson drawn from the story of Zaccheus (a skit, in which the title character was played by the short-statured but big-hearted Alex Hwang). After chapel, we traipsed out to the worksite for our first day of construction on Casa De Fe’s new building.

Right now, the orphanage is located in central Shell in a dilapidated old building that is far too small to house 30-40 children. A few years ago Patti Sue, the founder of Casa De Fe, managed to procure about 7 acres of land just outside of town (about a twenty-minute walk from where they are situated right now). Construction is underway of a multi-use building that’s about three times the size of the current setup; it should be finished in about four months. The children will move into this building temporarily as they complete construction on the rest of the property, which will contain fifteen small houses, the multi-use building, and a school building. The eventual vision is for the children to live with house parents, with ten to fourteen kids per “family.” Right now, Dwight and four local construction guys (, Luis, and Herman—all strong Christians who really believe in the mission of Casa de Fe) are pretty much raising this huge building from the ground up. We spent the day sifting concrete, shoveling dirt, moving boulders, spraying down bare concrete walls, and yes, clearing dense jungle with machetes. Some of us went to both Casa de Fe and the Nate Saint School in the afternoon to teach P.E., as well.

At almost precisely five o’clock, after a hard day’s labor, those of us at the construction site boarded a truck for home—seconds ahead of a torrential downpour. Kim says it’s not unheard of to get a full foot of rainfall in just a few hours; this area of receives about 24 feet annually. After getting thoroughly soaked in the back of the almost-but-not-quite-covered truck, we settled back in to the Hosteria Shell, where we could shower and relax before dinner. Tonight we feasted on pinchos (a sort of shish kebab), French fries, corn on the cob, and fresh watermelon, spending a good deal of time playing with the Barton’s four sons (Isaac, Josiah, Nathan, and Samuel) and the two older orphans that live with Patti Sue (Jessica and Jennifer).

Each night we hear testimony from a different missionary, and tonight’s was absolutely mindblowing. Patti Sue, as I’ve mentioned, is the founder of Casa De Fe and a thoroughly remarkable woman. She spent twenty years as a mechanic in the Army, and when she retired she felt God’s call to missions. In the late 90s, she moved to and began to repair donated wheelchairs; she felt it was a good combination of her mechanical skill and her heart for the disabled. However, as some doors closed and others opened (including her decision to foster two disabled Ecuadorian children), she felt God strongly calling her to Shell. Although it was difficult for her to believe at first, God wanted her to begin something that had absolutely nothing to do with her previous background as a mechanic. However, soon the idea and vision for Casa De Fe became clear.

The number of children at Casa De Fe has grown exponentially since then; right now they have 56 children and just took another today. The kids come from a variety of backgrounds but are often abused or disabled or both. Many of the older girls have been sexually abused, and almost none of the children have a normal or healthy conception of what family really means. At Casa de Fe, however, they are loved extravagantly and constantly. I can’t count the number of times a CdF staff person has encouraged us to come by and play with the kids whenever we want, or nonchalantly mentioned an experience with a child that just tugs at your heart like nothing else.

The oldest kids in the orphanage are now around 12, and Patti Sue’s hope is to eventually see them off to college or to jobs within the area (perhaps some of them will even continue to work for Casa de Fe). This means that they will soon be needing teachers for a high-school level. Something to think about? 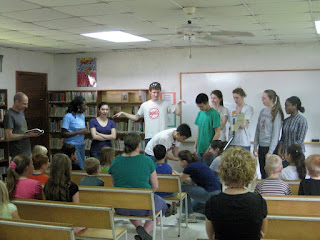 our version of the story of Zaccheus. Nate is a tree, in case you were wondering. 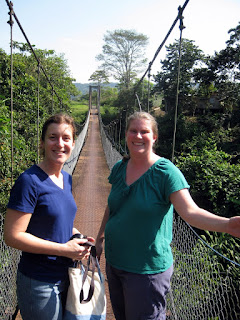 Our commute from Nate Saint to CdF 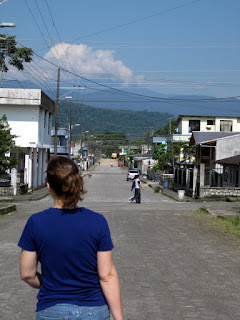 The streets of Shell 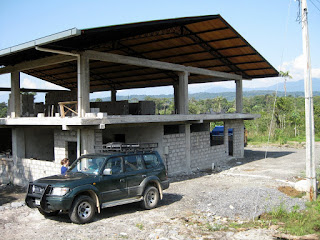 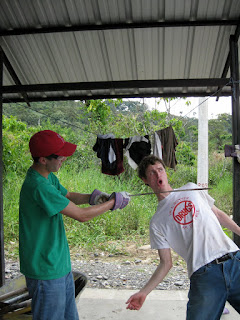 john lin has a grudge? 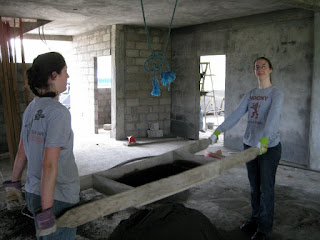 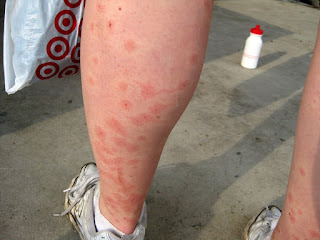 the aftermath. this is what my legs look like now. 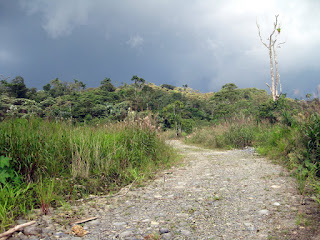