A Lot of Bridges (Italy part the third)

I have only a few sketchy details in my journal from my final days in Italy, over a year ago now.  In the interest of completeness, I'll post these before going on to some (relatively) more recent adventures!

On my last day in Udine, I had breakfast with a British professor named Bernard, who had a dry wit and a skeptical attitude that came out in some almost hostile questions after the not-so-solid talks.  Bernard played the bassoon in an amateur orchestra in Germany (?), which I believe was where he worked.  Before heading over to the conference, I walked a few blocks north to withdraw more cash from the ATM, but on my way there I was stopped by two tiny Italian women, who immediately started chattering at me.  I understood enough to know that they were asking if I believed in Jesus (it helped that they were offering me what looked an awful lot like Italian tracts).  Relieved that this was all it was, I assured them in broken Italian that yes, I did.  Either this didn't satisfy them or my Italian was just too bad, because they looked concerned and just kept talking.  "Christian?" I offered.  No response.  "Presbyterian?"  Still no reaction.  One last try.  "Presbyteriano...?"  All smiles.  "Ah, Presbyteriano!" they said.  They smiled and waved me on my way.

The last few talks were concluded by noon; pasta salad and promises to keep in touch were shared by all.  I packed my things and walked down to the train station, where I was supposed to meet the two Swedes with whom I'd be travelling... the previous day, I'd found a great deal on an apartment in the heart of Venice, which-- shared among three people-- came out to about 30 euro per night per person.

Despite getting lost in Udine on the way to the train station, I managed to find Karl, Mathias, and Marian, another young-ish conference attendee who was heading to Venice for a few days.  On the train ride, we passed breathtaking mountain scenery, and not one but several castles.  Marian stayed in a hostel somewhere in Venice; we proceeded to Santa Croce, in the heart of the city, away from the biggest tourist traps.  After several twists and turns, we emerged in a sunny side street, where cheerful flowerboxes poked out of every window.  We retrieved our keys from the landlord, and settled in to our fully equipped, nicely furnished apartment (see pictures below)!  We couldn't believe our luck.

From here my journal goes into even less detail; I can only assume that I was having far too much fun to scribble everything down.  I ate gelato sitting on the railing of the Rialto Bridge, with a big goofy grin on my face.  I ate pasta full of clams and mussels in a back-alley place called Al Nono Risorto, where some semi-celebrity teen sports team was celebrating a win (they looked like American fratboys, with popped collars and fauxhawks).  I ate a tiny baby octopus covered in breading and oil.  I ate chocolate croissants every day for breakfast. I ate handmade tagliatelle pasta with spider crab in a delicate white cream sauce, seated under a canalside grape arbor in the moonlight... light-as-air panna cotta with frutti di bosca and a demitasse of dark espresso for dessert.

Things not involving food: seeing a huge collection of artwork at a museum I can't remember, gaping at the interior of the Basilico San Marco, poking at relics in the Ducal Palace, and taking the ferry over to Murano, where we window-shopped for odd glass trinkets and took a walk through the island's glass museum (where the placards were in Italian, but the English translation cards were all missing).  I remember that on our last day in Venice, we kept encountering people running at top speed through the narrow streets; they looked like they were in some kind of race.  As the day went on, the runners grew thicker and thicker until it seemed like there were hundreds.  Finally, we followed the runners to an open plaza where there was a brass band and a big crowd waiting to welcome them to the finish line.  I can't be sure, but I think that the race was a fundraising effort for some kind of disease (much like the charity 5K runs that are common in the U.S.) and the objective was to cross (in a set order) all of the bridges in Venice.  And just so you know... Venice has a LOT of bridges.

And that's where my journal stops.  More must have happened-- I did get home, after all-- but I can't remember it, so I guess what happens in Italy stays in Italy.  I am very grateful for the opportunity to attend an international scientific conference, and for the chance to start a professional network with whom I can adventure around the world! 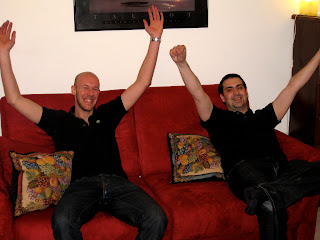 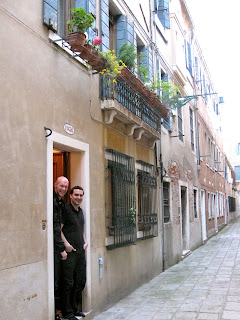 Peeking out into the alleyway in Santa Croce 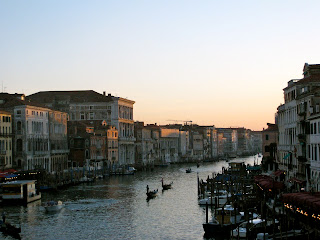 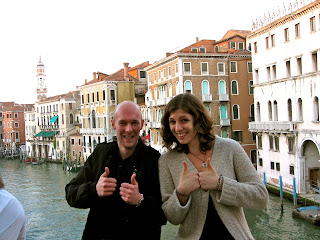 Sitting on the Rialto Bridge 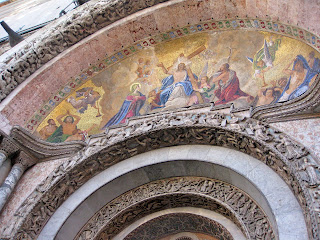 Breathtaking art, as is the norm in Venice 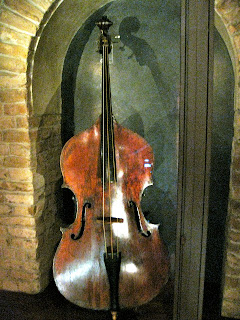 Some ancient version of the double bass View from the top of St. Mark's basilica 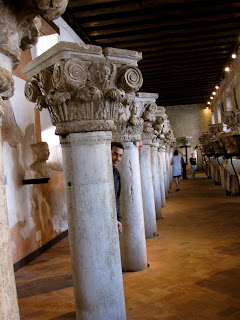 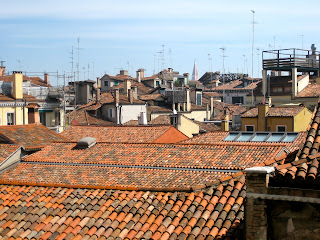 The rooftops of Venice 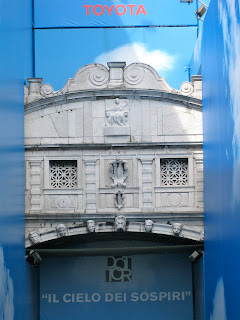 The Bridge of Sighs, turned into a giant billboard :( 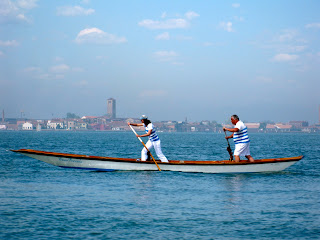 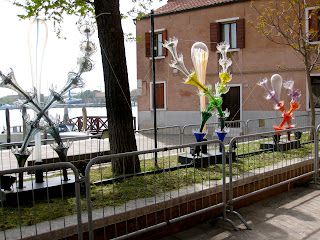 on Murano, home of the glassblowers 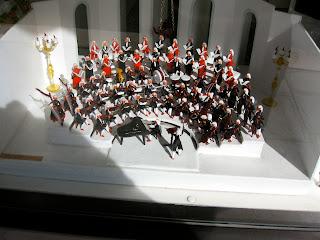 Tiny glass orchestra; each figure was the size of a pinkie 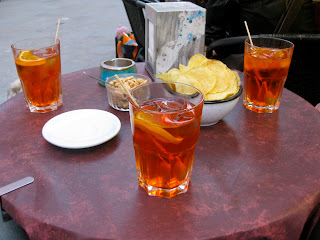 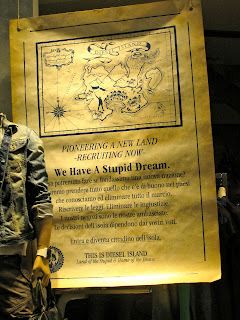 At least they admit it. 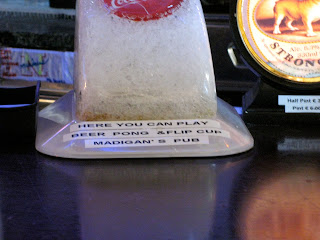 Just what I wanted! 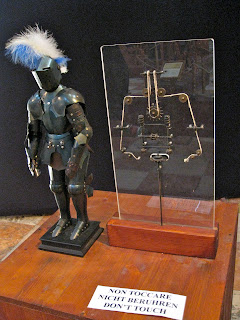 At the Da Vinci museum 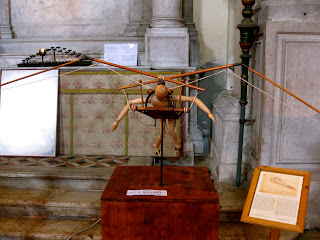 Leonardo dreams of his flying machine 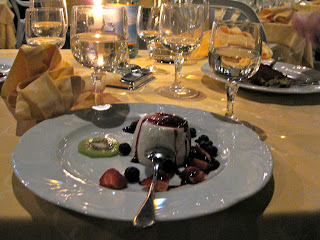 Dessert on our last night-- delicious!